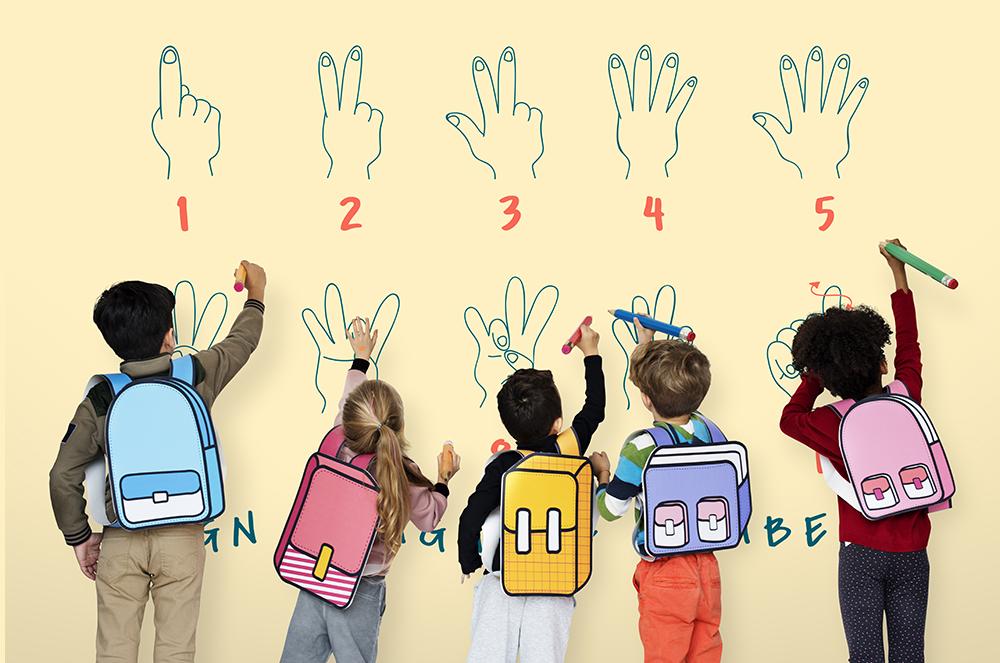 We all try to make us and our parents, relatives, friends, children, lovers more successful. We ask themselves what the best techniques and methods to reach this goal are. Researches evaluate every possible factor that may affect the development of personality at best and young parents decide to teach their children as soon as possible taking into consideration the recommendations of doctors, teachers, psychologists, etc. The aim of this paper is to examine the role of developed language abilities as well as language impairments in the development of literacy of pre-school children.

First and foremost, language is the way of communication through which we interact with outside world and learn or discover things we have not been familiar with before. To have profound abilities or , on the contrary, disability in language matter means to be successful, smart and open to the world, or have certain difficulties in communication with others and realizing one’s ideas and general literacy development. Basically, language is supposed to include oral and written forms of it as well as perception, understanding and recognizing of the text or sounds which are made up in some kind of information. Written form of language is often referred to in different researches, but in my opinion, the primary role in development of literacy belongs to oral abilities of the child.

Oral language development has its benefits and impact on the overall literacy as well. Actually, it is oral language which is perpetuated by a child at once and by means of which the child learns the names of people and things surrounding his or her. Thus, speaking always precedes writings, and should be examined separately.

Basically, there are four methods of oral language which teach children to read and write. First and foremost, it enriches child’s vocabulary. For example, when baby does not know something she or he points at it by her finger and parents or other people surrounding tell them the name of the thing, and, thus, children become familiar with it. Once they saw and learned it they would remember and use it in case of need. Furthermore, through oral language children learn about the basics of language structure which is studied more in details later at schools. Without learning certain rules and exceptions they know what phrase or word means and how to use it in communication with people. Moreover, oral language encourages children to use their linguistic skills in writing or reading, which, in turn, contributes to their general literacy level. Intensive practice of oral language, which then impacts and transfers into written language and better reading abilities, leads the child to success, because if he or she has no difficulties with simple things, then he or she can deep into details and complications concerning language and further development (Kaderavek, J. N.,2002). For example, pupils who entered school with strong skills and abilities of oral language, rich vocabulary and basic knowledge of language structure excelled in almost everything and were much more successful than their classmates with fewer abilities in speaking. Simply speaking, they learn more. That is why parents as well as caregivers are those who play the main roles in the development of oral language skills of their baby must be very attentive, patient and interested in development of oral languages abilities of their child.

Through learning the language a child opens, discovers and acquires new knowledge about him or her, about parents, food, sweets, others, about everything. It reminds me and others who start to learn foreign language. Usually, you do not know a word or just some basic words, so in you striking at learning this tongue you start to look up in the dictionary for the needed word. You are really lucky if it is a simple one and if not than you start to look for interpretation of these words and their use. Throughout this learning process you acquire new knowledge about other things. In addition, you may also apply to other people asking them for help in learning language and trough newly-born conversation you discover new things, you become more literate, and you receive a new friend as well. Thus, I am definitely for intensive study of language since it contributes both to literacy development and personal development.

Following this, impairment of oral language also affects the level of child’s literacy because oral language disabilities or impairments often cause children’ disability in reading. Almost all children who experience difficulties with reading in school have certain linguistic pathologies. Recent researchers have found out that “children with linguistic disabilities are at a higher-than-average risk of demonstrating later reading disabilities” (Aram, Ekelman, & Nation, 1984). In my opinion, it is an outcome of existing reciprocal links between speaking, reading and writing abilities. It is supported by emergency literacy theory under which “children show knowledge and ability in written language through oral delivery forms, such as using structures suited to written discourse in an orally delivered version of a storybook while looking at the book's pictures rather than tracking and using cues from print” (Sulzby, 1985a, 1994, 1996). In turn, children can transfer the phrases and words used in the books. However, when they do have problems with language, described system does not work and it affects children’s development. In general, there are many linguistic disorders which may refer to ability to speak, percept voices, read or write. A child, who is far beyond the abilities of perception and understanding of speech or language skills, is suggested to have communication which is delayed. Speech impairments may include problems with understanding and perception of sounds or with pronunciation of certain words and voices. For example, dysfluency is illness connected with wrong rhythm of speech. In addition, people with oral language disabilities or illnesses may say the word which would have different meaning for him or her and for a person who is listening. For example, some children may have problems while using words ‘sink’ and ‘think’ since they are almost the same in pronunciation. Another language impairments are misuse of words, misunderstanding of them, incapacity to express ideas, thoughts, etc. Mentioned disabilities lead to many negative consequences. It may reveal itself in children’s isolation from the world where they are misunderstood or humiliated because of their disabilities or a child may encounter many difficulties in conversations with others which of course affects the general literacy development since there are no or fewer communication of the child with outside world. It may also cause complications in learning because the child, for example, may misunderstand or not hear properly the word which is used for that or this thing or, simply, to leave out a couple of words and do not catch the information he or she is provided with.

In conclusion, I should say that that language is of great importance for early development of literacy since it promotes learning process, benefits to reading, writing abilities, conversational skills and bringing up of the future leaders. The methods and techniques aimed at intensive learning of language should be started as soon as possible and the parents are responsible for it. In turn, languages impairments also affects literacy in the way harming for development of children and their cognitive abilities and must be revealed and overridden at the early stages.