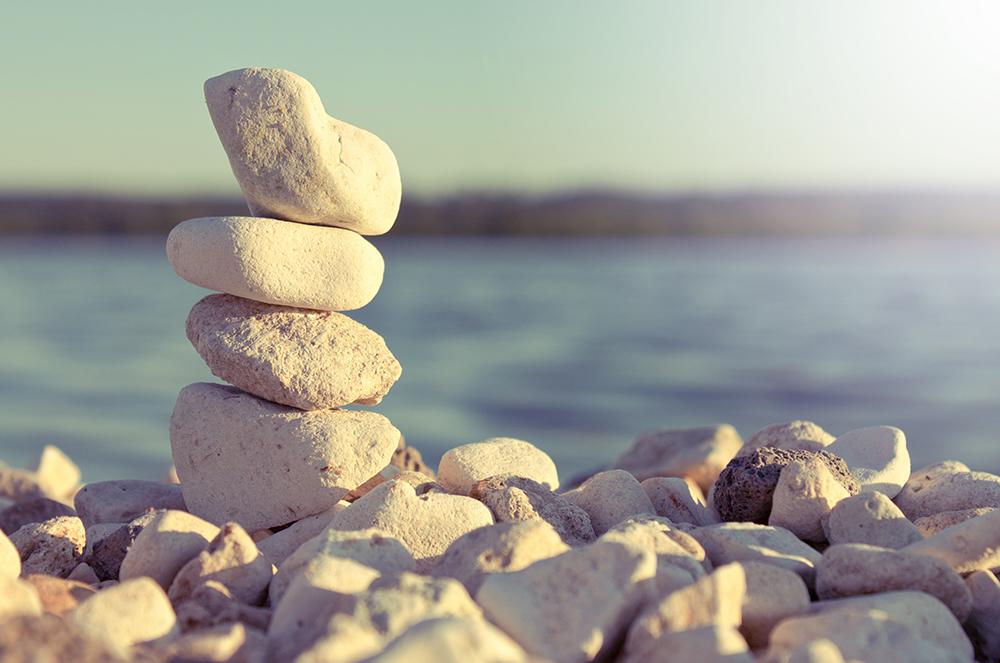 Philosophy and the Self

Philosophy and the self are defined as the essential human qualities that make an individual distinct from others. It is possible to realize these qualities by applying numerous approaches to one’s responsibilities in life. “Self” is an individual psychological idea, which guides a human being to perform unique actions and think in a specific way that is different from others. In psychological terms, the self is defined as the first person who performs an act. Particular actions and characteristics of the self determine its identity. “Self-knowledge” is one of the important terms of psychology. Thus, the main goal of Socrates was to “Know Thyself”. Aristotle and Plato followed Socrates and defined “soul” as the core essence of a living being. The unique qualities of a person, such as self-awareness, self-motion, self-control, self-consciousness, etc. develop through positive senses of a human soul. So, one’s soul is interrelated with his/her self-knowledge. Different philosophers and experts explained different relevant theories about human feelings, consciousness, and self-esteem. It is possible to understand these theories more effectively by understanding prospective of the human mind and decisions-making strategies.

Decisions that Reasonable Minds Can Disagree with

People take different life-related decisions in different specific moments, which suddenly change one’s life. Sometimes, these decisions are fruitful and productive, whereas in some other situations people may face different complicated situations because of their instant decision. So, it is extremely important to understand the advantages and drawbacks of the decision before people try to implement it in the reality. Often, people can see some situations connected with life-changing decisions of an individual in the society, which reasonable minds can disagree with. In most cases, reasonable minds disagree when it comes to the matters of politics, faith, injustice, etc. because the majority of the humanity prefer to live their life without harming or cheating others. However, some specific situations may make a person take some decisions, which are not preferable for reasonable minds. For instance, in the United States, some communities have chosen to live a life by trafficking illegal drugs, such as marijuana, heroin, cocaine, etc. Most of the youths of these communities are taking serious life risks and deal with drug trafficking lords. They have chosen such paths in life out of poverty and personal needs. According to a research, approximately 10 percent of African-American males are engaged with the drug trafficking business. As a result of such business, the society is destroying itself day-by-day. Studies show that one third to one half cases of homicides are caused by the use of drugs. These narcotics turn an ordinary person into a dangerous criminal who can perform different violent acts in the society. In the United States, often people can see that such neighborhoods face critical health problems due to the use of drugs. The drug trafficking business may end up an individual’s life in prison or in homicide, thus reasonable minds do not agree with such decisions.

Nature of belief is always very important in taking decisions because an individual can achieve success by expecting some positive effects of his/her decisions and, on the other hand, a person can destroy his/her life by keeping wrong beliefs in the mind and soul. Effective and fruitful decisions always need a delicate balance of exploratory and exploitative behavior. People must have faith, patience, and dedication to a positive belief. Otherwise, it is easy to destroy one’s capabilities and potential by following negative beliefs. In most cases with negative life decisions, people make such kind of mistakes due to the effect produced by negative thoughts and beliefs. Everybody has different dreams and goals in their life, which they want to achieve. However, in fact the relationship between what people think and what they do is quite complex and certainly it is not a straight line. Intervention decisions, practice theories, assessments, action strategies, and social work values are all shaped by the worldview, assumptions, and personal beliefs. A Christian worldview can provide an interpretive framework, which will strongly support and inform common social and personal values, such as self-determination and personally responsible freedom of choice, inherit values of every person regardless of personal ethics and characteristics, and responsibility for the common good, which includes help for the poor and the oppressed society. These positive values will challenge other values and theories of beliefs and it will help to exploit weak negative values by the strong and extreme moral relativism. At the same time, some other worldviews, such as empiricism, postmodern subjectivism, and materialism will make people quit contrasting conclusions of these values (Knox, Otto, Stone, & Love, 2012)

When an individual takes decisions, he/she needs optimal beliefs of his/her responsibilities regarding the decision. He/she must consider future states of the environment after observing various outcomes connected with choices. Optimal belief-updating is reflective. It changes without directly observing environmental changes. Human decision-making behaviors change over time, especially when reward associated with the choice changes. The human mind develops classic “bandit” task that is both sufficiently traceable to allow for ideal actor analysis and sequential choice of different behavior and rich enough to encompass relevant phenomena. In life, often people evaluate whether they update beliefs about the state of the environment in a reflective or reflexive manner. People update their beliefs in a reflective manner consistent with the Ideal actor. Most human beings do not prefer to engage in optimal long-term planning, but instead myopically choose a specific option, which is believed to have highest immediate payoff in life. Thus, a drug trafficker prefers to continue his business although he knows that his decision in life is not correct. He wants to earn more money in a shorter period of time, so he does not mind cheating or manipulating others to get benefit from his business. At the same time, he harms the environment through his beliefs and negative prospects of life (Knox, Otto, Stone, & Love, 2012).

Every human being has freedom in his/her life to take decisions independently. After a certain age, everybody is free from restrictions or controls of seniors. It is an universal law that a person has a right and power to act, express, or believe oneself in a manner of own choosing. So, the condition which gives freedom to an individual from forced labor or servitude, confinement, and injustice is called human freedom. However, such independence differs in the government and private institutions. Although the theories of freedom justify an individual’s personal liberty, in the real world it is not that effective because women, outsiders, slaves, and serfs are still misbehaved and controlled by some specific authorities in some countries. For instance, in some Muslim and African countries women have a certain limit of indolence under the laws. In those countries, limitations for women are much more numerous than for men. However, in the United States such limitations for women were removed decades ago. Sexual orientation should be removed as a barrier to freedom all over the world. Otherwise, it will be complicated to sustain a developed society. Various efforts to measure freedom or independent decisions have only emerged in the world in the last quarter century because in recent decades millions of people were forced to serve as slaves in the United States and other parts of the world (Russell, n.d.).

Also, consciousness and reality are import aspects of one’s correct decision and success because if people are not concerned about present situations and reality, they cannot expect the future results of a certain decision. Consciousness is the fundamental reality of human life. Throughout all stages of the human history, intellectual minds have suppressed scientific researches that did not fit the current understanding of the reality. A collective consciousness is responsible for constructing the reality experience and illusions that people face every day. People perceive reality through feelings and emotions. However, they can literally and scientifically manifest reality because the world is made up of infinite potentiality, which is possible to be enriched though the consciousness. So, consciousness and reality are two important aspects of making decisions. People should try to understand advantages and drawbacks of the reality before they perform any practical action. For instance, if a person chooses his/her way of life as a businessman, engineer, or even drug dealer, he/she should understand the effects of the profession in the real life by using the conscious mind. Thus, consciousness creates a positive reality (Russell, n.d.).

Human freedom and consciousness are the most important agents of the decision-making process because they give an individual a chance to decide his/her fortune by the practical and independent mind. From the psychological perspective, it is necessary to examine independent decisions of a human being by judging needs and preferences of individuals. Decision-making is a reasoning or emotional process in a human life, which can be rational or irrational. Also, it can be based on tacit assumptions or explicit assumptions. So, it needs freedom of mind and soul to accept any given proposal of action.

Most people believe that decisions are made unconsciously. Some philosophers believe that people simply decide without giving much attention to the decision-making process. For instance, in a classroom, teachers might try to encourage students to weigh pros and cons of a subject without making a decision because such decisions require cognitive resources, time, and full access to relevant information about respective decisions. However, it is remarkable that such unconscious decisions create troubles in a practical world; so, the science believes in the consciousness and logical decisions in life. For example, when scientists take medical decisions, they must follow different diagnosis processes through independent researches. They cannot just trust someone in order to justify any disease treatment. So, they need logical decisions taken independently. All these processes are only possible through human freedom and consciousness. So, it is one of the most important agents of the decision-making process.

From the above discussion, one can come to a conclusion that the philosophy of self depends on human qualities and human qualities are realized by taking correct decisions in life. It is possible to take correct decisions in life by understanding all aspects in a logical way, which is possible to accept by a conscious mind. Conscious mind is the product of self-knowledge. If a person can understand himself/herself in reality, it becomes easy for him/her to take decisions in a positive and effective way. So, a reasonable mind disagrees with improper decisions. If a person does not have self-knowledge, then he/she can easily make mistakes in life by taking wrong decisions, such as drug trafficking, robbery, etc. So, a person needs to have consciousness of reality and beliefs in terms of his/her life aspects. Thus, he/she can take a positive and fruitful decision in life.