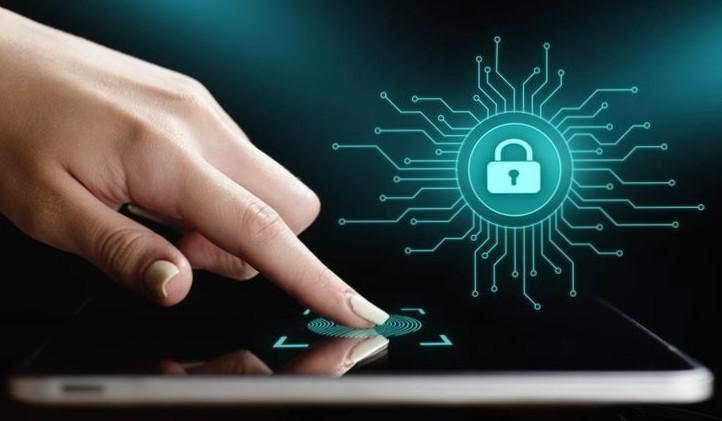 This paper explores the peculiarities of the privacy transformation in the globalized society in the Internet era. In particular, the paper aims at defining the notion of privacy, the causes of the privacy loss, and possible controversial consequences of these processes. In the process of research, it becomes evident that privacy is the crucial characteristic of human existence as an autonomous creature. In the Internet era, the foundation of individual’s life is challenged by the invasion of the virtual reality with social media that aim at the collection of personal information for the sake of interest groups. Thus, the privacy loss occurs. The reasons for the loss of privacy represent the differentiated society and the increasing anonymity in the virtual reality. At the same time, many people voluntarily ignore their privacy for the sake of convenience and popularity. The analyzed process of the privacy loss may lead to the occurrence of various dangers of surveillance and the increase of the solidarity in the global community at the same time.

The external involvement for the individual that triggers a social integratedness represents the invasion of privacy; the narrowing of privacy bounds characterizes the modern social life. One of the most significant platforms of elimination of privacy in the contemporary world is the Internet, which ensures the mobility, alienation, and availability of the personal information and the exchange of information throughout the world. Even though the Internet leads to the devaluation of privacy, many internet users are ready to ignore their privacy pursuing various instrumental aims. Despite the controversy, privacy, as a phenomenon of the personal being in a social life, does not take a worthy place in the public and scientific discourses. Therefore, this paper attempts to consider the essence of the privacy and the reasons for its underestimation and violation, and to evaluate the consequences of the inconvertible processes. Despite the fact that privacy is fading in the Internet epoch, this process is not exclusively external because people often voluntarily ignore their privacy.

Privacy is a phenomenon relevant to the personal autonomy, its psychological foundation, and its semantic decoder. Therefore, all the constructions and destructions of privacy reflect the challenges and risks of the existence of the personal autonomy. Thus, privacy is a balance of individual and social aspects of human life. Privacy guarantees the safety of personal autonomy, which becomes hackneyed nowadays due to the technological development. Thus, the human existence is endangered because the privacy represents its intimacy. According to Laurie (2002), “privacy should be taken to refer to a state in which an individual is apart from others, either in a bodily or psychological sense or by reference to the inaccessibility of certain intimate adjuncts to their individuality, such as personal information.” (p. 6). Such a statement means that privacy is a fundamental belonging of the individual that defines his/her status in the society and is the border that distinguishes the intimate, internal, and the external world of others. In addition, privacy enables people to save their personal sphere of intimacy and secrets, which do not have to be the property of others.

Despite the fact that privacy seems to be unalienable due to its fundamental character for a human being, the amplification of the society leads to the increasing risks of losing privacy due to the scientific and technological development. Therefore, Internet era makes the privacy extremely difficult to preserve due to the occurrence of the global virtual space, which uncovers almost all the private information about the users of the global web. Therefore, “we are living in a Dragnet Nation— a world of indiscriminate tracking where institutions are stockpiling data about individuals at an unprecedented pace” (Angwin, 2014, p. 3). Furthermore, According to Lloyd (2009), “the first action for many people is to seek out the local Internet caf? or make use of the texting facility on a mobile phone” (p. 3). Such a statement means that it is almost impossible to live a life that does not have a virtual analogue embodied in the personal profile after the occurrence of the Internet. Moreover, it is difficult to hide personal data and live a life, which is irrelevant to the events that take place in the virtual reality. In addition, the emergence of the Internet challenges the autonomous character of human existence.

The problem of privacy loss occurs only in the disadvantaged circumstances, when there is a risk that other individuals can use personal information. The Internet, as a platform that enables various resources, institutions, and people to present their identity in the virtual reality, is a background of the surveillance of the power structures. Thus, the problem of privacy becomes extremely relevant because the Internet users understand that they may become the objects of manipulation on the part of various institutions in the Internet epoch. Various institutions may benefit from the people and their personal information. In addition, the manipulations and violations of the principle of privacy may be not evident for the Internet users. Therefore, it is necessary to apply critical thinking in order to avoid the risks of manipulation.

In addition, the reason for the problem of privacy loss in the Internet may be the following: the growing anonymity of the web users, who are willing to hide the personal information and secure it from the possible manipulations, enable others to find the means to uncover the private data. At the same time, people often want to share privacy with others from anonymous accounts, as they think that unidentified profiles can provide them with disguise. However, every action leaves traces in the online environment and challenges anonymity: “by making information available in such a public forum and linking it to a name, individuals are giving up their anonymity” (Lloyd, 2002, p.6). Thus, the interrelations of anonymity and privacy are controversial: the will to stay anonymous may cause the loss of privacy even though it aims at preserving the personal information.

Even though the existence of the Internet causes the devaluation of human privacy, more and more people are ready to ignore their privacy for the sake of various profits: convenience, popularity, self-affirmation, etc. According to the recent research, “users fear the worst when it comes to the privacy of their data but still are willing to put convenience above those concerns” (Tsukayama, 2014). Such a statement means that the users consciously decide to sacrifice their privacy in the virtual reality. By superficially examining the blogs, it becomes evident that bloggers have a habit not to hide anything from the users of the Internet and open their private life to the public. In fact, bloggers represent all the happenings in their live with the help of the social media – Facebook, Twitter, Instagram, Livejournal, etc. In other words, a great number of people represent active Internet users, who are willing to share their private information with others, demonstrate their private life in public and have a feedback from their followers or interlocutors.

At the same time, the readiness to ignore the privacy in the Internet may represent the will to be a socially integrated member of the global community and share personal life with other participants. Thus, the ignorance of the privacy may represent a necessary step in the identification of oneself with the unknown person, who may express solidarity and support. In addition, according to Tsukayama (2014), such users do not fear using their virtual accounts as the platforms to enter other web resources; they also identify themselves with their profiles. In particular, the results of the survey show that “4,000 respondents in the United States and Britain on their thoughts about data privacy, found that 60 percent of Internet users opt to use their Facebook, Twitter or Google account credentials to log in to other sites” (Tsukayama, 2014). Even though every person knows about the possible risks and dangers of the existence and communication in the Internet, such knowledge does not secure him/her against the manipulations due to the user’s credulity and laziness.

Therefore, the process of the privacy loss in the Internet is ambiguous. In fact, the loss of privacy is dangerous because the usage of various social media may cause the “dangers of surveillance: blackmail, discrimination, and persuasion” (Richards, 2013, p. 1953). Thus, the consequences of the violation of the principle of privacy may be not only psychological, existential, and world outlook but also juridical. At the same time, the effects of the transformation of privacy and its disappearance in the virtual reality are not always negative. In particular, the individuals, who represent active users of social media, decide to share personal information via the virtual web in order to find like-minded people, who can support them and express similar persuasions. In order to become the members of the integrated global virtual community, people ignore their privacy for the sake of convenience, popularity, and self-affirmation.

To sum up, the problem of transformation of privacy in the Internet epoch is complex because it presupposes various dimensions of its functioning. Transformation of privacy involves the speculations on the essence of privacy, its reasons and consequences. In fact, the reasons for the privacy loss represent the disadvantaged circumstances in the differentiated society, the increasing anonymity in the virtual reality, and the conflicts of power interests that use the Internet in order to allege the ideological scripts. In addition, it is wrong to consider privacy loss to be a solely negative transformation that reflects the increasing ideologization, power dictation, and manipulations even though it is evident that the process of privacy loss is happening in the world web. On the contrary, it is necessary to consider the opposite will of people to ignore their privacy for the sake of other interests, such as popularity and convenience, by recognizing the negative impact of the Internet as a prerequisite of the privacy loss.